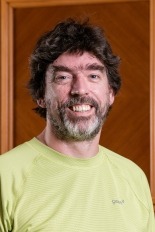 Dr. Stephen Farrell is a research fellow in the department of Computer Science at Trinity College Dublin, (www.tcd.ie) where he teaches and researches on security and delay/disruption-tolerant networking (DTN), and in 2006 co-authored the first book on the latter topic. Stephen has been involved in IT security (in industry) since the mid 1980’s and Internet standards since the mid-1990’s and since 2011 he has been one of two IETF security area directors. He also co-chairs the IRTF Delay Tolerant Networking Research Group (www.dtnrg.org), and is co-founder of Tolerant Networks Limited, a TCD campus company.